Is there a way to show battle gains only for specifically defined battles?

zatokar
February 21 edited February 21 in ORK Support
Building a dungeon crawler consisting of series of 1v1 monster battles, I want to show battle gains only at the last battle.
Up until that point, I want to show only level up and combatant gains.

I tried overriding behavior on the battle instance itself, but it seems it has no effect.

These are my Battle End settings: 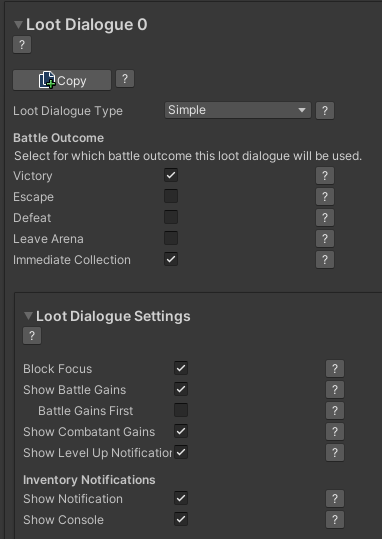 This is the event I am using to override the last battle victory event behavior: 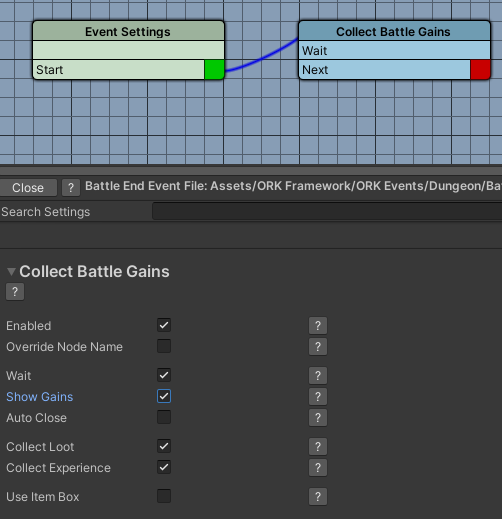 When I uncheck Show Combatant Gains in the Battle End settings, it never shows it even after overriding the Battle Victory event with the node to collect battle gains.
Any idea how else can I achieve the desired behavior?

PS: I was able to get rid of all gains dialogues by adding a node Close Battle Gains, but that is not what I want to achieve.
Post edited by zatokar on February 21
Sign In or Register to comment.