Is there a way to do that?

The current setup is as follows. This is the Target Change on the Ability : 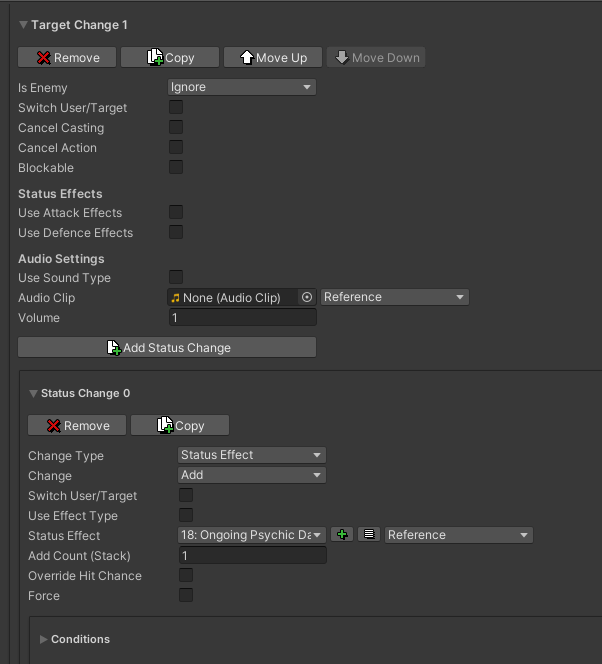 And this is the Status Value Change for the ongoing damage Status Effect : 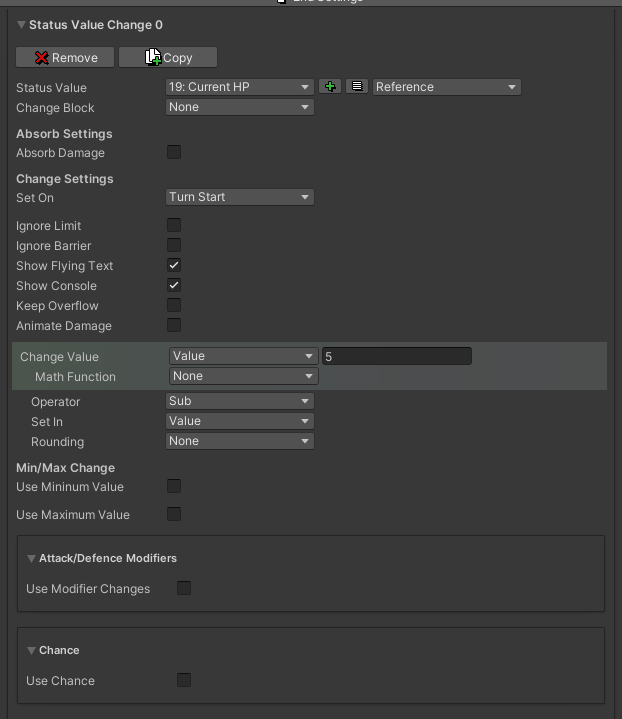 Edit : So I think I've found a hacky way to do it. I create an ability "apply ongoing damage to self", and then in the original ability I call a schematic that causes the target to use that ability on them self. It's kinda awkward though, so if there is an easier way it'd be much appreciated!
Post edited by StevieJay on June 15
Sign In or Register to comment.