Character not animating in a Waypoint Schematic powered cutscene I'm setting up.

I'm trying to make a cutscene utilizing a Waypoint Path and an Auto Machine; as soon as the scene starts, the player is supposed to walk off in the distance (following the Waypoint). However the problem is that while the player moves, they don't animate. The character under normal circumstances (exploration, battle, etc) has no problem animating. Below are some screenshots and a video to illustrate.

She follows the waypoint, but she doesn't play her walking animation. 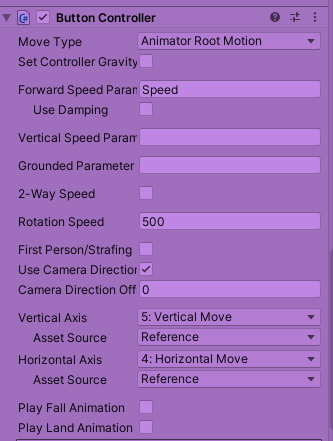 The normal configuration for the player's movement. Note that the 'Move Type' is the Animator Root Motion, which normally works in all circumstances. 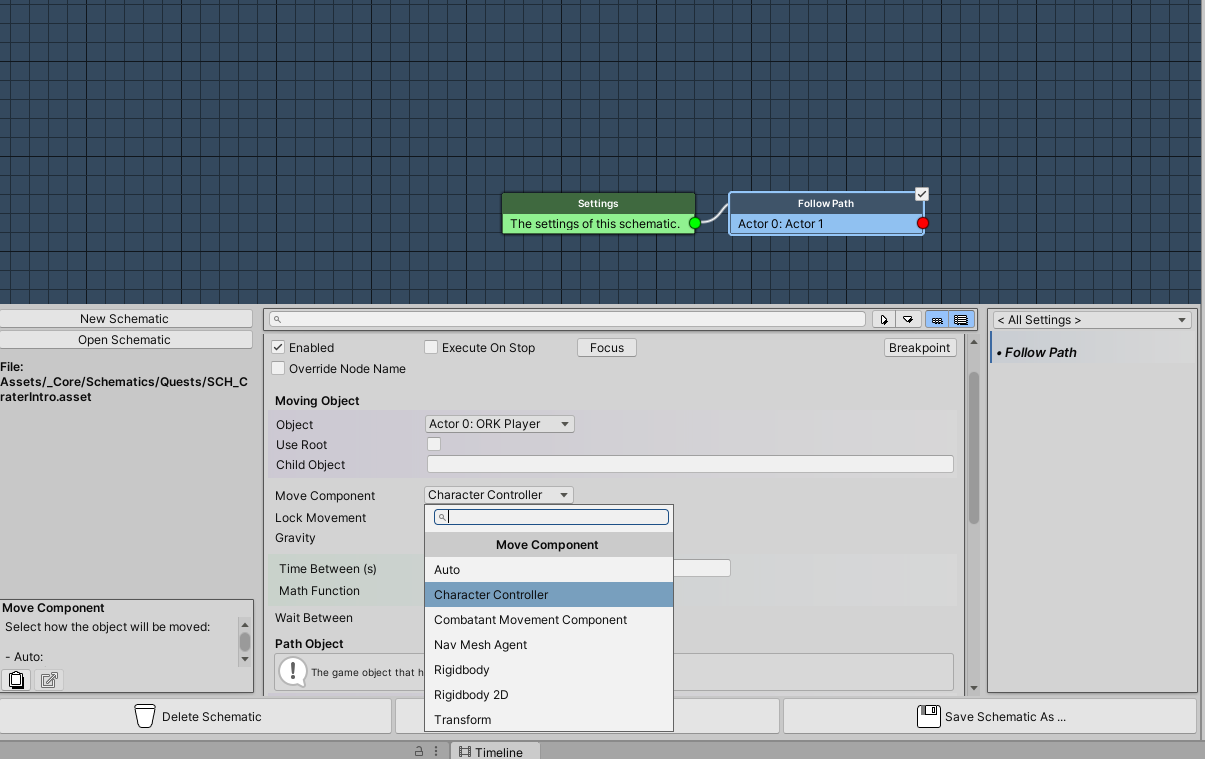 The schematic for the above cutscene. While it's currently selecting the 'Character Controller', none of the others work either, even when I select 'Auto' and it cycles through them. Also, note the lack of Animator Root Motion as an option, unlike above. At first glance it seems like it's doing this because the option that my character uses to move in other circumstances isn't available here (but I'm not the expert, obv could be wrong)

Maybe this is irrelevant but bears mentioning; during the 'cutscene', the 'Button Controller' is unchecked. I don't think this is a bug, as this is what I expect is supposed to happen since I checked 'Block Player Control', as its a cutscene. Just thought I'd add this for context.

Also, just to be clear, the primary way for Ork to handle cutscenes and the like is Schematics and not the Playable Director/Timeline?