Own battle spots not placing combatants in expected location

megaphemeral
March 2021 in ORK Support
Hey, I'm working on a 2d top down rpg where players wander around the world, and battle in a separate scene where the layout is similar to older Final Fantasy games. Example here.

For random encounters the default battle spots appear to work well, but for boss fights I would like to explicitly place them at a specific position. Ideally I could just create a custom battle scene with its own start event and pre-place all the combatants. When I try to do that though, the enemy still gets spawned, even though it's already there.

Alternatively I updated the Battle component settings to use "Own Spots", with an empty game object specified for each player and enemy at the corresponding position, but they do not appear to get used. I feel like I'm using this feature incorrectly? Not sure what type of game object these spots are expecting. I think what I'm trying to do is similar to this post but I don't think I quite understand the solution described, specifically:

1) Make them child objects of your battle's game object - they should be transported over to the new scene as well.

Again though, I'd prefer if I could just drop the enemy in to the battle manually in this case and not have it spawn another.

I invoke the Start Battle node with the enemy combatant I want to fight, which points to a Battle object in the same "field" scene that uses a custom Start Battle Event that loads a custom battle scene. Here are some screenshots for context: 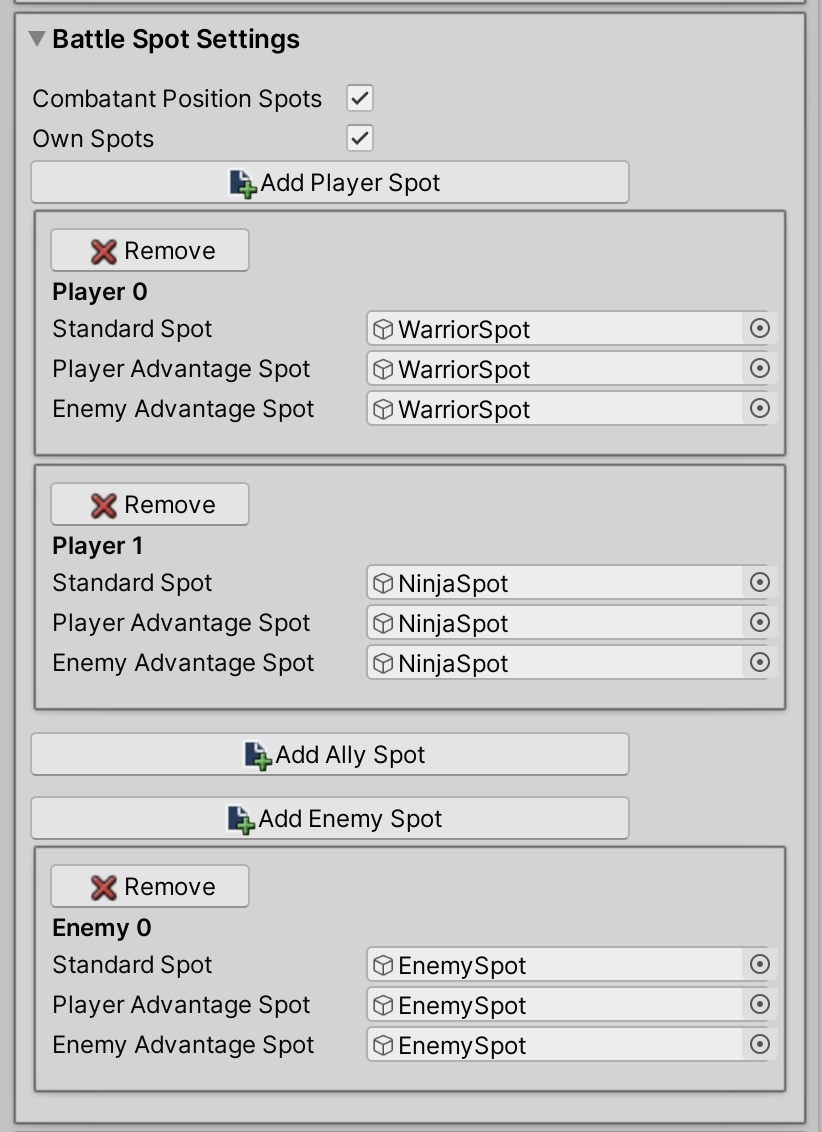 Where each "spot" is an empty game object just indicating the position (I get the feeling that is incorrect).

I've tried playing around with a few settings here and there but can't get it to work. Appreciate your help. Thanks.
«12»
Sign In or Register to comment.